Taekwondo athletes Stanislaus Phiri and Joseph Phiri together with their coach visited the Malawi National Council of Sports (MNCS) yesterday to display the gold medals and individuals’ trophies they won at the Korean ambassador cup that took place in Johannesburg South Africa last week to MNCS management.

Others who won at the tournament include Innocent Msekeni who won bronze in kyorugi and poomsae and Vester Banda managed to acquire bronze medal in Poomsae.

At MNCS they were welcomed by Ruth Mzengo who is the Sports Development Manager.

The team was sponsored by the Malawi Olympic Committee, Master Construction company from Lilongwe and David Robinson of Independent Baptist Church from Mzuzu. 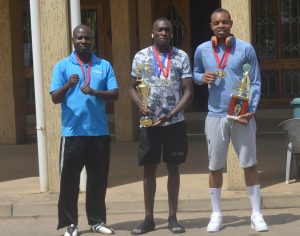 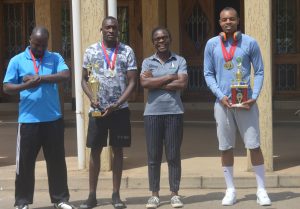