Home » News » FLAMES UP THE LADDER 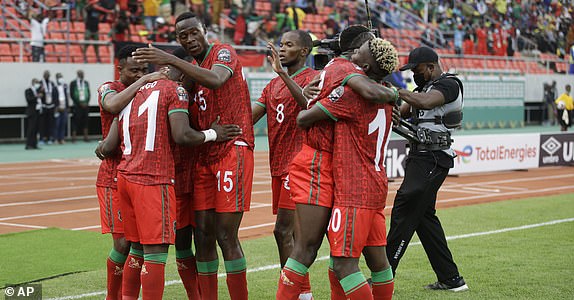 FLAMES UP THE LADDER

The Malawi national football team (FLAMES) exploits at the just ended TotalEnergies African Cup of Nations (AFCON) in Cameroon has paid dividends as the teams has now moved 10 places up the ladder in the latest FIFA Coca Cola word rankings.

The Flames who were ranked 129 in the world before the AFCON competition are now on position 119 following impressive performances at the tournament, where they made history by reaching the knockout stage.

In Africa the Flames have moved 5 places up the rankings, from 35 to 31.

The biggest movers in the latest FIFA Coca Cola word rankings are The Gambia who have moved 25 places up the ladder. They were ranked 150 in the world and they are now on position 125 this follows their remarkable performances at the just ended AFCON where they managed to reach the quarter finals.

Senegal is the number 1 team in Africa and is ranked 18 in the world. Senegal won the 2021 TotalEnergies Africa Cup of Nations which was hosted by Cameroon.