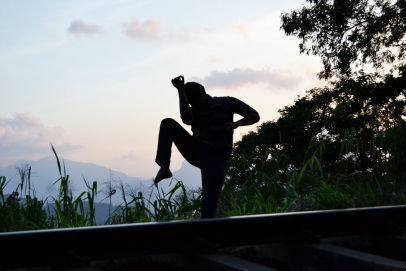 He said this following a wonderful performance by the four athletes who were competing in African Senior Judo Championship that took place from 24th to 28th April, 2019 in Cape town, South Africa.

“Our athletes are not bad considering that this is our first time in the history of Malawi to send judo athletes to this competitive tournament. All we need is more local and international matches to give confidence in our athletes,” said Banda.

The aim of this Senior African Judo Championship is to accumulate points in order to qualify for 2020 Tokyo Olympic Games.

During the first match, Harriet Bonface beat Micheine Morope of Botswana by ippon. She then lost to highly ranked Aziza Chakir of Morocco and Priscilla Morand of Mauritius.
Harriet who fought courageously was one win away from a bronze medal.

In other contests Emmanuel Ndawu lost to Salim Rahahi of Algeria who went on to win bronze medal.

The last contest for Malawi had seen Vera Benjamin losing to her opponent Pretorius Chris Rose of Zimbabwe.

The Algeria dominated the chart medals with unbelievable display. The contest was tough for most Southern countries including the hosting South Africa who won one bronze medal and one gold medal.

This year’s African Senior Judo Championship had 212 athletes from 31 countries in African.

Here are ranks of the competition: