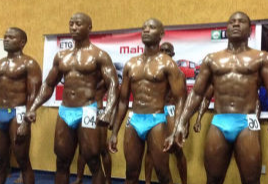 Weightlifting and Bodybuilding Association of Malawi (Webam) elective Annual General Meeting (AGM) scheduled to a later date in the first week of November due to lack of requirements that were noticed of late when they first met on 3rd September at Malawi National Council of Sports. The annual general meeting aimed at electing new executive members to run the affairs of the association.

Director of Sports and Recreation Development Service for Malawi National Council of Sports, Mrs. R. Mzengo intervened following the anticipated misunderstanding that would rise if they had to continue sidelining the constitution on the mode of election.

“They basically do not follow their constitution which gives them mandates on the electoral process. The constitution stipulates that for anyone to take part in the voting should be a registered member through their registered clubs with the association”, she said.

Mrs. Mzengo added that according to the constitution, the registered clubs normally send two representatives at the voting meeting.

“Therefore, due to lack of these requirements I have advised them to respect the constitution, sort out their issues and re-schedule this meeting to a later date this year”, she said.

Yasin Ichocho Suwedi and others broke into the room where the election was supposed to take place upon hearing the news that only committee members were eligible to vote.

“Our current leaders have served us for so long and have done their part. It is the time to let new blood and new ideas in the executive committee. Some have come all the way from Karonga, spent money for transport and on accommodation and it is not fair to be told we cannot take part in the voting process”, he said.

Webam president, Richard Kuwali concurred with Mrs Mzengo saying they will look into the procedure very carefully and make sure they proceed with the meeting as per constitution come November this year.

“We admit that our constitution is somehow ignored when it comes to run the association’s elections. We will form two clubs from every region which shall be legible to send two representatives to take part in the voting process”, he said.