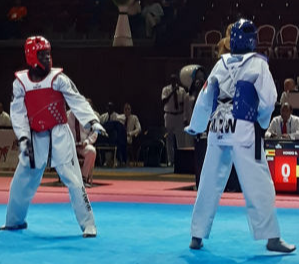 Taekwondo, Archery and Other Five Sport Codes to Represent Malawi

Malawi Olympic Committee (MOC) has named a 22 squad from athletics, Judo, Archery, Taekwondo, Swimming, Chess and Table Tennis to represent the country at All African Games to take place in August, in Rabat, Morocco.

Table Tennis will be represented by Floraino Massah Jnr and Salam Issah while in swimming will have Felipe Gomez.

The last group is chess and it will be represented by four athletes; two males Joseph Mwale and Gerald Mphungu and two females; Daisy Nkhoma and Tupokiwe Msukwa.

Josephy Phiri, one of the athletes who met the standards could express his happiness.

“It is an honor to represent the country at such a competitive event. I am ready to showcase my skills and emerge the winner upon completion of the tournament”, he said.

John Kaputa who is delegating the MOC said the athletes were selected after performing well during international and local competitions.

“Our athletes will definitely qualify for the 2020 Tokyo Olympics which will be held in Japan if they become outstanding at All Africa Games events in Morocco”, he said.