A total of 22 athletes have left the country today morning through Kamuzu International Airport in Lilongwe to represent Malawi at the 2022 Commonwealth games in Birmingham, England which are scheduled to start from 28th July and finish on 8th August, 2022.

Malawi will take part in five sporting disciplines in the multi-sport event which is contested by the members of the commonwealth. 72 nations are expected to take part in the 2022 commonwealth games and Malawi will compete in Netball, Swimming, Judo Boxing and athletics.

Since the inception of the Commonwealth games in 1930, Malawi has taken part in the games 12 times, participating in each event since 1970. Malawi has only three commonwealth bronze medals all coming from boxing.

The first Malawi to win a medal at the games was Tatu Chionga in 1970 during the Edinburgh games in Scotland where he managed to win bronze in boxing’s men’s lightweight. Lyton Mphande and Solomon Kondowe also won bronze in boxing’s men’s lightweight and men’s welterweight categories respectively in 1986 at the Edinburgh games in Scotland.

The 2022 Birmingham games will be the thirteenth time for Malawi to take part since 1970. The athletes that have travelled for the games include the following;

The Malawi National Council of Sports is wishing Team Malawi all the best at the 2022 commonwealth games in Birmingham, England. Go ye and make us proud, we are behind you. 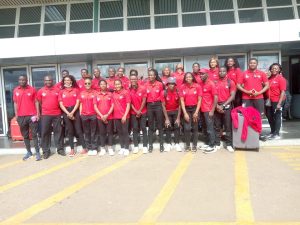