SIMWAKA THE ONLY MALAWIAN HOPE

Asimenye simwaka is the only Malawian athlete remaining who has chances of winning medals at the ongoing 2022 commonwealth games in Birmingham England. This follows her impressive performances which have led her to qualify for the semi-final of the women’s 200m race and women’s 400m race respectively.

Simwaka who is fighting in two fronts, will be back in action today as she will be competing in women 400m race semi-final from 19:32 hours local time and an hour later she will also compete in the women 200m race semi-final. Simwaka has to qualify in the final of each category and finish in the top three if she is to get back home with a medal.

It was a very tight and cagey contest as both teams displayed mesmerizing skills to the amazement of the spectators no wonder the first two quarters were separated with small margins. The first quarter Uganda led by 14 to 11 baskets, while the second quarter ended Uganda 14 and Malawi 13.

It was in the third quarter that Uganda utilized the Queens missed opportunities in front of goal and won the quarter by 13 to 9 baskets. In the fourth quarter the Queens failed to maintain the pressure and could not handle the she cranes intensity, at the end the she cranes carried the day by winning 56 – 43.

In boxing, it was not a good day for Luwis Zakeyu as he lost his quarter final welterweight bout to Ioam Croft of Wales. The referee had to stop the fight in the second round after Zakeyu had received a lot of punches in the head. 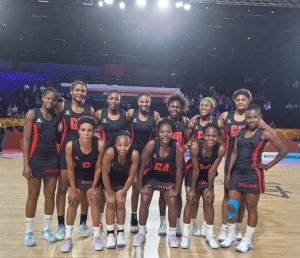 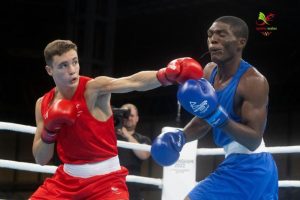