The second edition of the Malawi youth games has started today in Lilongwe with the opening ceremony taking place at Nakhaka stadium.

The opening ceremony was attended by the Acting Executive Secretary of the Malawi National Council of Sports Shephord Boma and the Deputy Director of Sports responsible for school sports in the Ministry of Youth and Sports Mary Waya.

Football and netball are the sporting codes that were in action at Civo and Nakhaka stadiums.

The games were scheduled to start as early as 8:00 am, but due to logistical challenges there was a delay and teams got into action around 10:00 am. 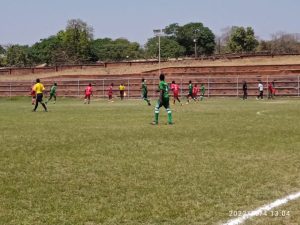