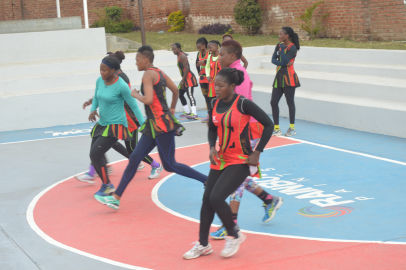 The government, through Malawi National Council of Sports fulfilled its promise having released k91 million to cater for queens’ travelling costs to Liverpool, England for 2019 world netball cup slated for 12-21 July 2019.

The queens left the country for England earlier in order to have stop-over to prepare for the 2019 world netball cup In Wales where they would play three International test series slated for 4-10 July against Trinidad & Tobago who were the hosts, and Grenada.

The netball governing body’ general secretary Carlo Bapu confirmed in an interview that the release of k k91 million (k113 million in total) funds means they are ready to compete in 2019 world netball cup.

“We have been given the full financial kit and we are grateful”, she said.
Commenting on delay to release the funds, the Acting executive secretary for Malawi National Council of Sports, Henery Mereka said NAM exhausted its annual budget.

“You need to bear in mind that NAM exhausted its resources so we had to sit down and look for additional funding which goes through some procedures”, said Mereka.
Queens coach, Griffin Saenda applauded the government for the fund saying this will motivate players.

“ The availability of finance resources in the camp will motivate players” he said.
Malawi, one of six countries that qualified for Netball world cup is in group B alongside New Zealand, Barbados and Singapore.