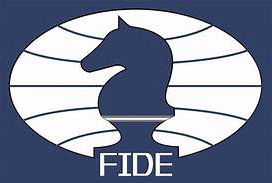 The Chess Association of Malawi (CHESSAM) has identified 12 players that will represent the country during the Online chess Olympiad 2020 that will take place in the month-end of July to August, following second and final online selection tournament that took place on Tuesday night which involved 10 players in the Open section, 7 players in the Ladies section and 8 players in the Junior section.

In the Ladies section, Mzuzu based Annie Simwaba (5 points) triumphed ahead of CHESSAM president, Susan Namangale who finished second on 3.5 points, while Tapiwa Banda (3 points) and WCM Ellen Mpinganjira (2 points) completed the slots.

Lilongwe based student Praise Kalambo (4 points) lead the Junior section. The other players who made the cut in the Junior section are Tupochere Mlanjira (3 points), Charity Tadeyo (2 points) and Carol Trapence (1 point).

World Chess Federation (FIDE ) has organised the Online Olympiad 2020 after postponing the actual Olympiad to next year due to coronavirus pandemic. Olympiad was due in September in Khanty Mansiysk, Russia this year.

The format for the Online tournament will feature 6 players for a country, 2 players from each section; Open, Ladies and Junior sections. The two players in the Junior section will comprise a boy and a girl.The other 6 are reserve players.

The Online Olympiad 2020 is expected to attract 150 countries or more, globally. The national teams will be split into divisions to smoothen the organisation of the games.

Meanwhile, CHESSAM has appointed Polytechnic student, Francisco Mwangupili, who finished sixth in the qualifiers, to be captain of the team.

Congratulations to all the winners.