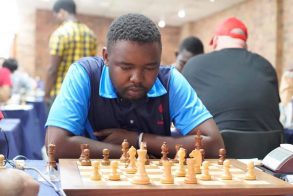 Chess Association of Malawi (Chessam) through its president, Susan Namangale, calls for a k1.5 million out of k 7 million required money to cater for the national squad’s participation in 2019 All Africa Games to take place close to the end of this month of August in Rabat, Morocco.

“So far, we have managed to obtain tickets for the four players. But looking at the situation, I have decided to give up my space and choose to remain here so that part of my costs can go to the players. The world chess body has done its part by providing us with free accommodation and food at Mogador Hotel in Casablanca”, she said.

Chessam’s delegation in All Africa Games was not in the government’s initial plan and it was included at the eleventh hour on the condition that it raises the required fund.